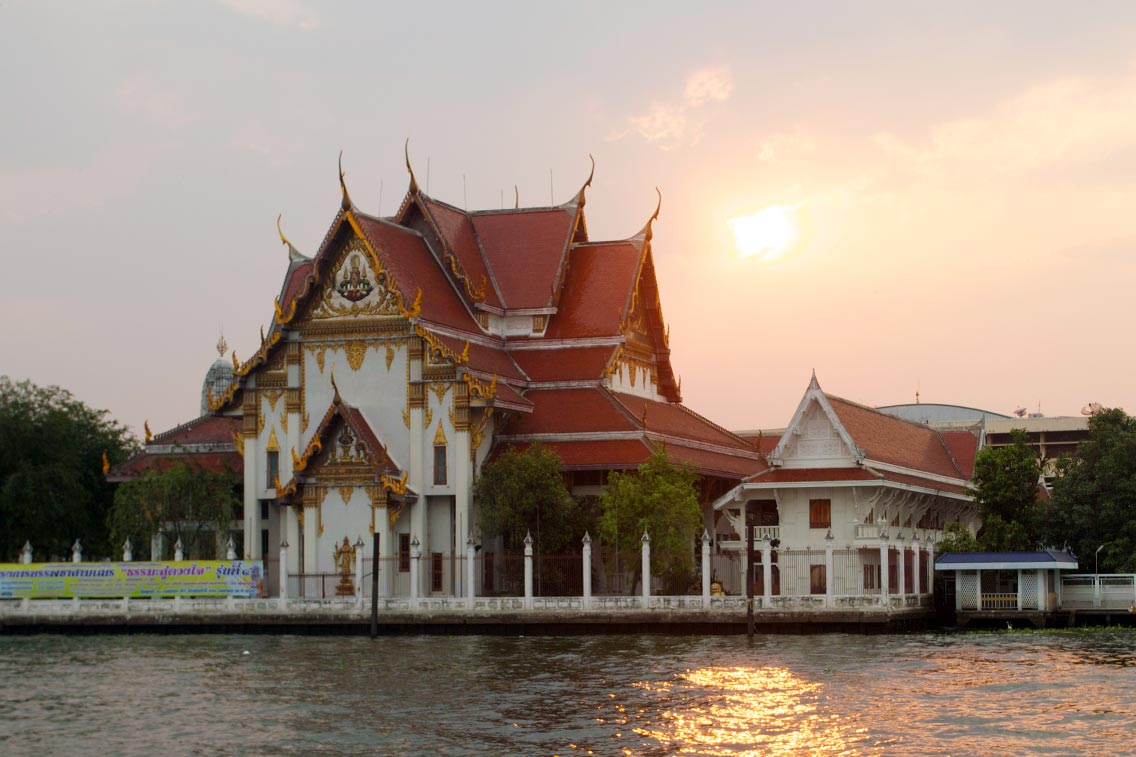 Wat Rakhang – which means “bell temple” – got its name from an ancient bell unearthed during construction of the temple.

It dates back to the Ayutthaya era and was upgraded to a royal temple during the reign of King Taksin. There are many bells still in the temple, but the oldest and most prominent one has been moved to the Royal Grand Palace. It is among the nine sacred temples that Thais visit to make merit on auspicious occasions. There is a belief that worshipping at this temple will result in devotees becoming popular and have an ever-growing reputation – just like the far-reaching sound of ringing bells. The true concept behind this belief however is that one should concentrate on learning and good practice in order to achieve fame and to achieve success – unlike the sound of ringing bells that gradually fade away.