The Chao Phraya River runs like a golden thread through the history of Thailand.

Flowing for 365 kilometres from the highlands in the northern provinces to the Gulf of Thailand, the river begins at Nakhon Sawan, at the final confluence of the Ping, Wang, Yom and Nan rivers. The ethnic Tai people who began migrating from southern China around the seventh century AD had settled the river valleys of this region, and they slowly moved south onto the central plain.

Ayutthaya was not only abundantly fertile; it was strategically located for the sea trading routes. The city-state became immensely wealthy and powerful, and controlled huge territories in what is now Thailand.

The Burmese attacked Ayutthaya in 1767 and completely destroyed the city. The Siamese king who came to power in the wake of the invasion, Taksin, selected the customs port of Thonburi, further downriver on the western bank, as his new capital.

King Rama I, ascending the throne in 1782, considered the eastern bank of the Chao Phraya opposite Thonburi to be more suitable, being easier to defend and more favourable for widespread development.
So began Bangkok.

The King built the Grand Palace on the riverbank, the palace grounds containing the Temple of the Emerald Buddha, Wat Phra Kaew. Thailand’s most revered Buddhist image, representing the soul of the nation, the Emerald Buddha is carved from a single piece of jade and can be touched only by the King.

Bangkok grew fast, with temples, forts and mansions soon lining the riverbanks. Because the land was marshy delta country, less than 2 metres above sea level, the people lived on houses and boats that lined the river and the network of canals that was created to link the community.

The concept of roads was largely unknown, with rice and other farm produce, timber, brick, and all other necessities being transported by the river and the canals. Even the markets were floating, established at the confluence of waterways where vendors and buyers would gather in their sampans.

Hence Bangkok became known as the “Venice of the East”.

With the enormous prosperity that returned to Siam after the founding of Bangkok, other communities became established and Christian churches, Chinese temples and Islamic mosques appeared along the riverbanks.

This rich heritage of architecture and the varied patchwork of communities can still be seen and explored today by anyone who takes a voyage along the River of Kings. 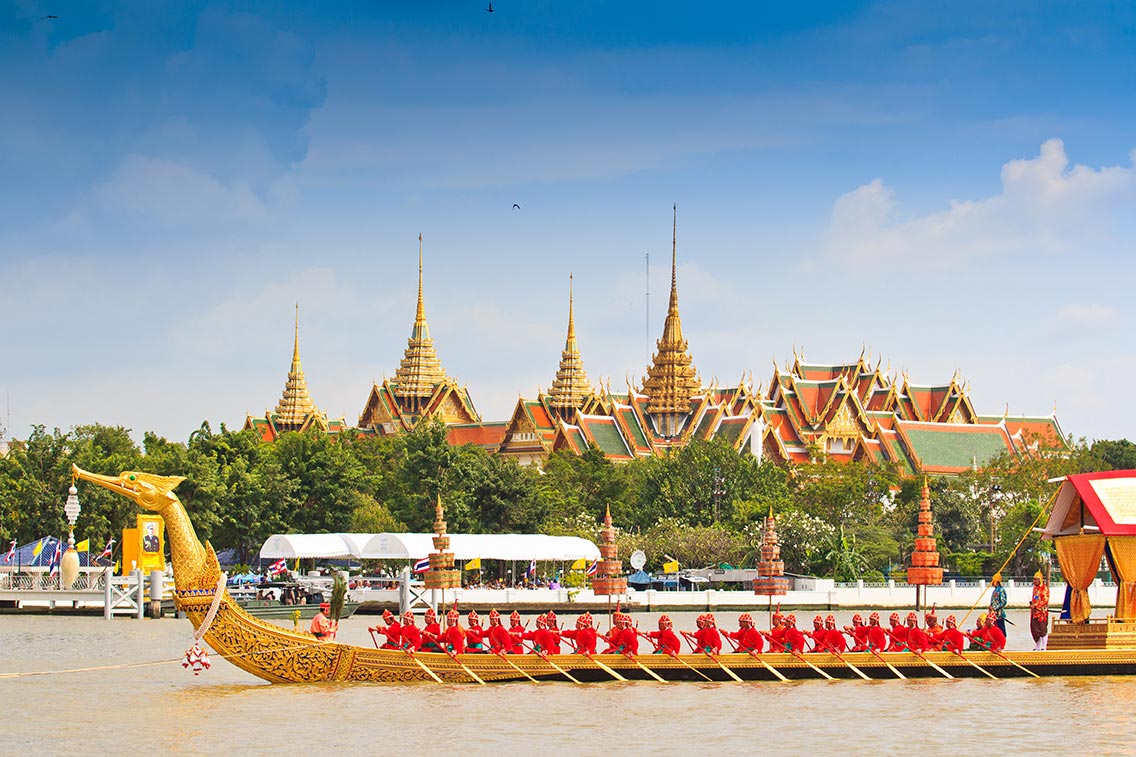