It is located on a riverside area that backs onto Charoen Krung Road, Bangkok’s oldest thoroughfare. The complex has been created around old warehouses that formerly belonged to the East Asiatic Company. These have been converted into a superb lifestyle complex that pays homage to Bangkok’s past as an important trading port in the 19th century.

The developers have retained many of the original buildings that date back to this historical era but they have been given a facelift to provide a high-end experience in Bangkok’s most upscale night market. The complex is divided into four areas: the Waterfront District, Factory District, Down Square District, and Charoen Krung District.

The Waterfront District is alongside the arrival area and home to sophisticated restaurants, bistros, wine bars and event venues positioned alongside a 300-metre long boardwalk. Concerts, festivals and the New Year’s Eve fireworks countdown and other celebrations take place at this site.

The Factory District is home to 1,500 small shops that are located in the old warehouse buildings. This area has an abundance of fashion items, handicrafts, souvenirs, furniture, and home furnishings.

Prices are generally fixed, unlike other night markets where bargaining is the norm, but shoppers will find unusual goods not usually stocked in mainstream shops and department stores. 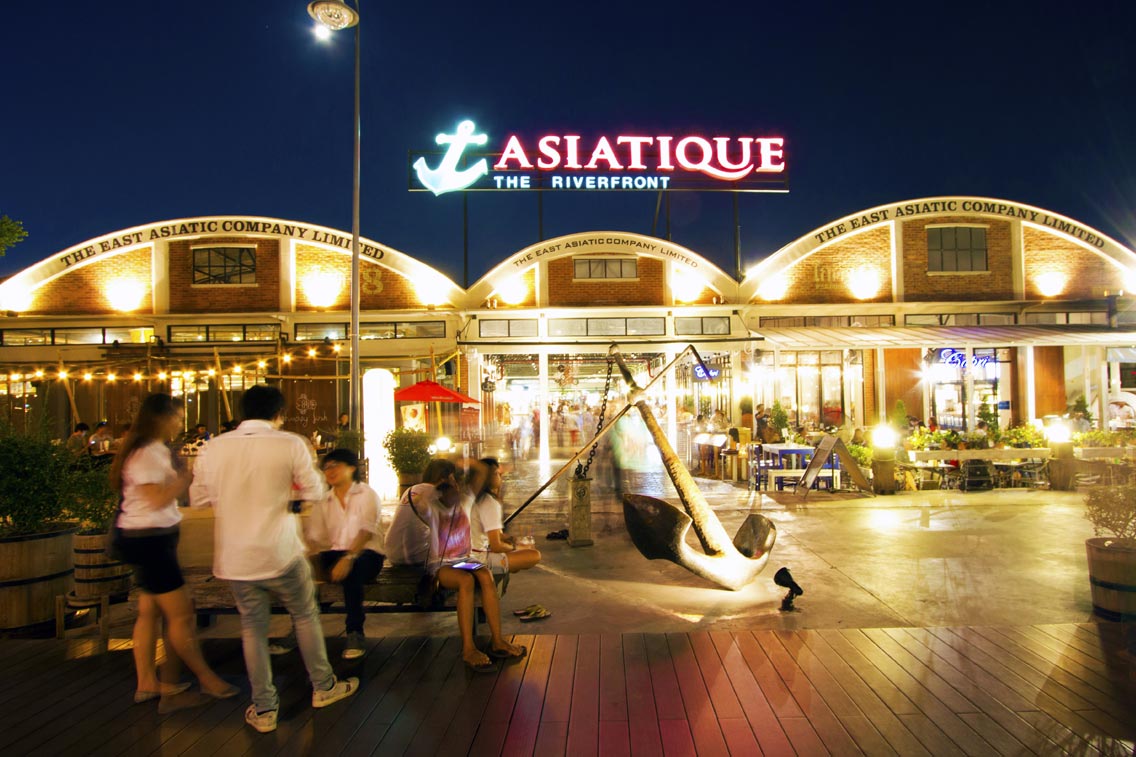 The Down Square District provides a combination of Thai and Western restaurants, bars, cafes and pubs that cater for every budget and preference.

The Charoen Krung District is the site of over 1,000 shops that offer handicrafts, home décor items and souvenirs.

For entertainment with a difference, it is also home to the famed Joe Louis Puppet Theatre. This attraction features traditional puppet performances, enhanced with modern choreography, with storylines about the ancient Kingdom of Siam.

The Calypso Show offers a colourful and glitzy cabaret-style revue show performed by a troupe of Thailand’s famed ladyboys, with as many as 50 glamorous performers taking to the stage at any one time. Other entertainment options include the largest Ferris wheel in Thailand, a 4-D cinema and small spas where visitors can stop and get a massage ora facial.

Dining is one of the main reasons to come to Asiatique and visitors will not be disappointed with the food on offer. Ranging from inexpensive 100-baht dishes in an open food court where dozens of vendors
offer a variety of local Thai specials, to air-conditioned chic restaurants that serve sophisticated global cuisine, to fast food outlets – every taste is catered for in the 40-plus food outlets.

Asiatique is open from 5pm to midnight and is easily accessible by a free ferryboat service from the pier close to the Saphan Taksin BTS Skytrain station. 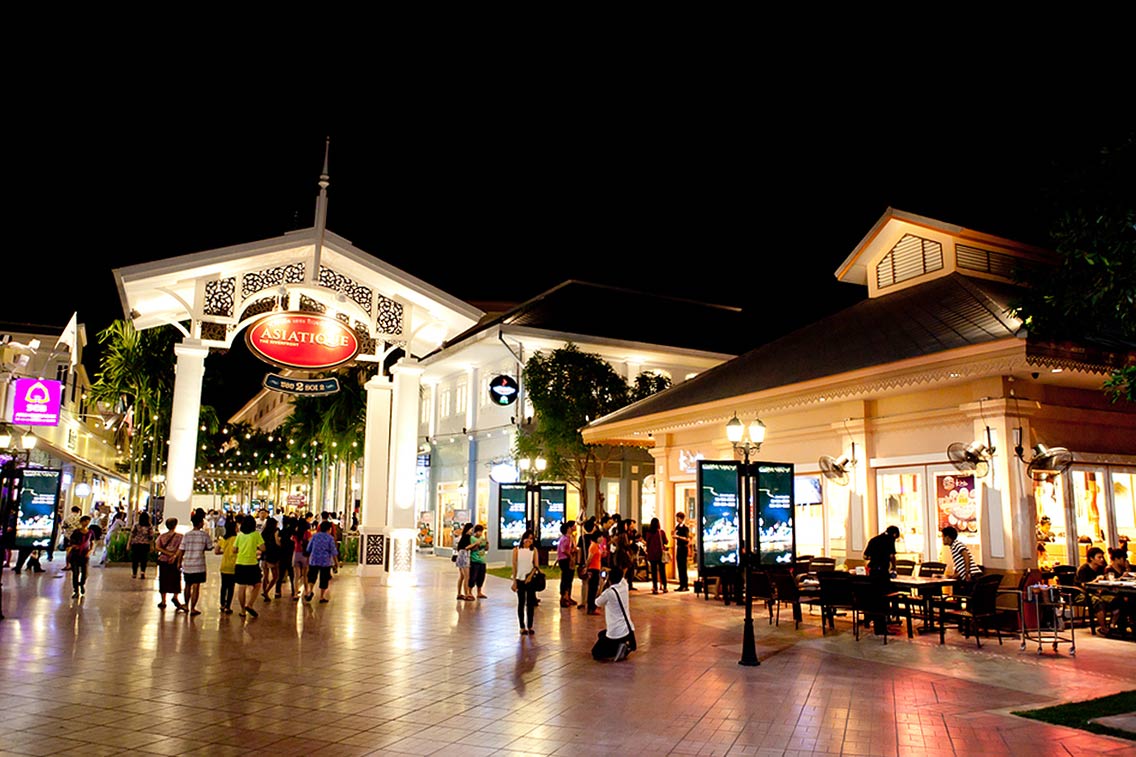