The Chao Phraya River is an important centre of culture and heritage. Bangkok Metropolitan Authority (BMA) has undertaken preliminary steps to have a section of the river listed as a UN World Heritage Site. City officials have identified a stretch of the river from the Memorial Bridge to Wasukree Pier as an area of outstanding historical heritage.

They have consulted with the government’s Fine Arts Department about the drafting of an action plan and additional regulations that need to be implemented ahead of submitting an application for World Heritage listing to the United Nations Educational, Scientific and Cultural Organisation (UNESCO).

A riverboat trip starting from the Oriental Pier takes passengers past the famed Oriental hotel, which dates back to 1876 and was the country’s first luxury hotel, and along a stretch of water lined with history.

Near the Oriental is the Portuguese Embassy. The Portuguese were the first Europeans to come to Thailand in large numbers to trade and eventually settle in riverside areas, and consequently their riverside embassy is the first and oldest mission in the capital. Within walking distance is the Holy Rosary Church, which was built by the Portuguese in 1786, and on the Thonburi bank is their Santa Cruz Church, founded several years earlier.

The premises of the Siam Commercial Bank, the first Thai bank, designed by famed Italian architect Annibale Rigotti and looking like a handsome villa, sit within a leafy enclave on the riverbank, near Holy Rosary Church. Near to Santa Cruz is Wat Kanlayamit in which is housed a 15-metre high seated Buddha, one of the largest indoor seated Buddha images in the world. 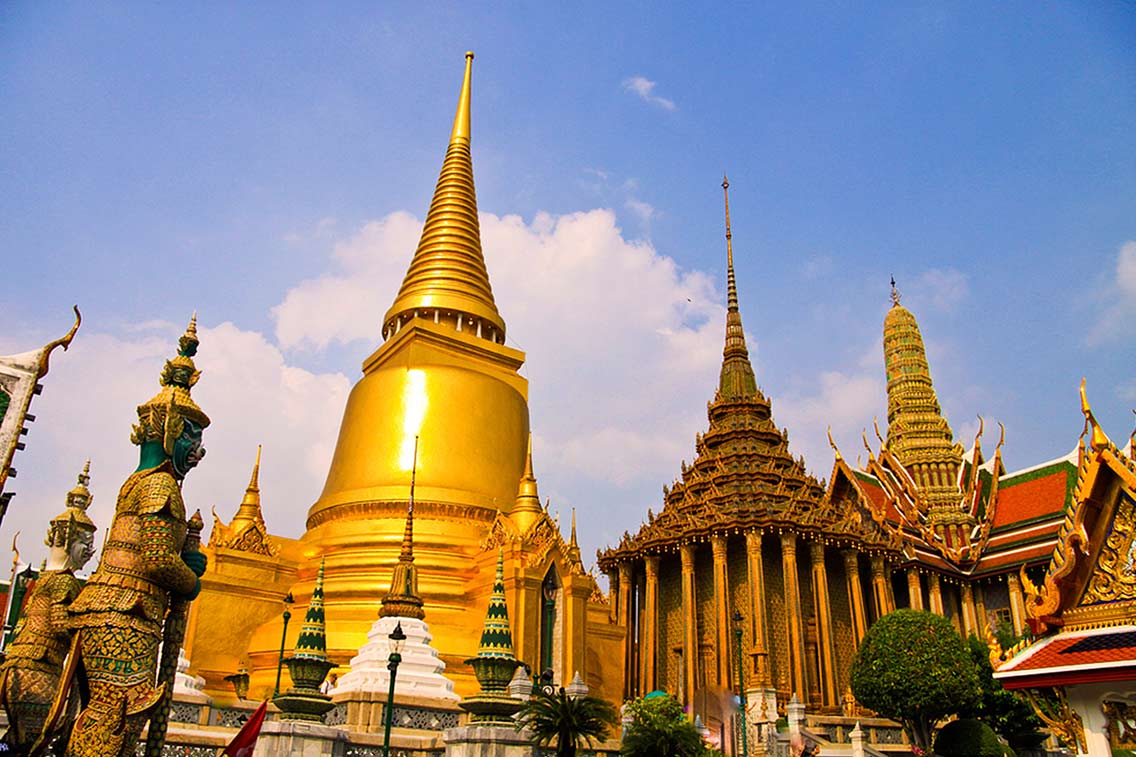 Wat Kanlayamit sits at the mouth of the Bangkok Noi canal, one of the main waterways of Thonburi, and on the opposite bank are the white walls of Fort Vichai Prasit, an Ayutthaya-era fort that was constructed in 1688. King Taksin’s palace is within this complex and the entire area is now part of the Royal Thai Navy’s headquarters.

One of the country’s most iconic images is the famous Temple of Dawn, which was built in the reign of King Narai in the mid 17th century. The 85-metre-high Khmer-style prang and its four satellites are decorated with tiny pieces of Chinese porcelain that glitter under the sun.

On the opposite bank of the river, on Bangkok-side, is Wat Pho, housing another famed Buddha image, the enormous Reclining Buddha. Adjacent to Wat Pho are the crenellated walls and soaring roofs of the Grand Palace, with its many architectural marvels and the Emerald Buddha, the most important Buddhist image in Thailand.

At Phra Arthit, in the Banglampu area, stands Fort Phra Sumen. This defensive structure was built in 1783 in the reign of King Rama I, and is the larger of the two remaining forts from what had once been a formidable wall of defence around the city.

All of these riverside attractions and more represent the largest concentration of historical, heritage and cultural buildings in Bangkok today.