The Chao Phraya is a star attraction in the capital throughout the year as it serves as a prominent location for a number of religious festivals, royal commemorations and holiday celebrations.

Prominent among these is the annual Loy Krathong Festival in November when people pay their respects to the goddess of the waters by floating candlelit decorations on the Chao Phraya River and other waterways across the kingdom. The word Loy literally means “to float” and Krathong means raft. Celebrants purchase small circular crown-shaped rafts made from a variety of materials that are decorated with banana leaves, candles, flowers and incense sticks.

Some believe the ceremony provides an opportunity to ask for forgiveness for wrongful acts they may have committed over the year. Others claim that adorning the Buddha with light, as represented by the candle on the floating krathong, represents the release of negative feelings. The sight of candle-lit krathongs floating down the river, with the illuminated buildings in the background, is a sight not to be missed.

The Thai New Year – Songkran – is celebrated annually from the 13-15 April when the whole country comes together to mark one of the most colourful festivals on the calendar. Houses are cleaned, Buddha images are washed and annual rites are performed to pay respect to ancestors and elders, with water symbolising luck and renewal. This is a particularly good time to head to the river as the waterway has a prominent role in the spiritual and cultural activities.

This is also one of the hottest times of the year and the cooling breezes of the river provide respite from the intense heat.

The second day of Songkran is officially National Family Day when families wake up early to give alms to monks. This provides priceless photo opportunities as the sun rises over the Chao Phraya and saffron-clad monks file silently to collect offerings from people in the nearby streets. As the river is also home to Bangkok’s most important temples, this is a great time to watch the important religious ritual of “Bathing the Buddha image” in which devout Buddhists pour fragrant water over Buddha statues at many riverside temples. 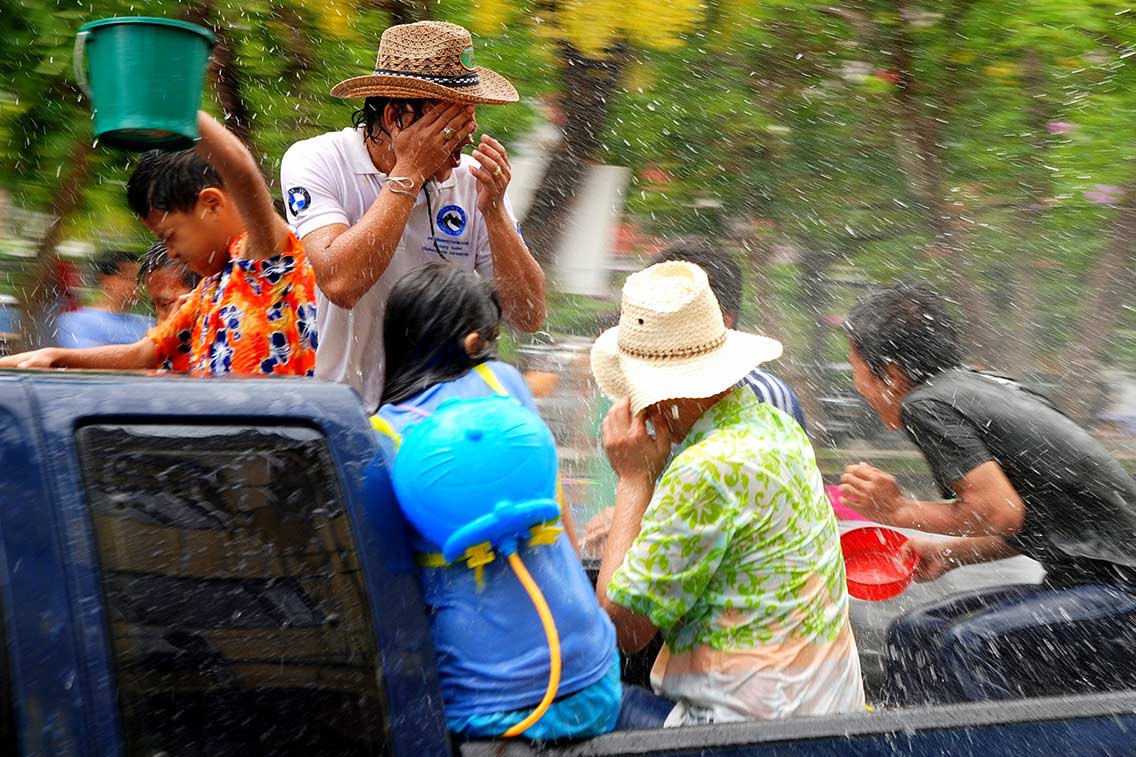 Making merit – the Buddhist concept in which an individual carries out good deeds to help them achieve spiritual liberation – is also an essential part of Songkran. Visiting nine sacred temples during the festival is considered a perfect way to achieve this and the riverside area is a prime location to visit some of the capital’s most prominent temples. The Rattanokosin area has an abundance of spiritual sites including Wat Pho, Wat Phra Kaeo, Wat Suthat Thepphawararam, Wat Chana Songkhram, Wat Boworn, Wat Benchamabophit, Wat Rakhang Khositaram, Wat Arun and Wat Kanlaya.

The most impressive river spectacle is the Royal Barge procession, a rare event which is held to celebrate royal and state ceremonies. The event has been conducted in the past to celebrate His Majesty the King Bhumibol Adulyadej’s 80th birthday; the 60th anniversary celebration of His Majesty’s accession to the throne; as well as the APEC Summit in 2003.

This ceremony dates back almost 700 years and consists of 52 ornate barges, most of them historical, manned by over 2,000 oarsmen from the Thai navy. Each is carved from huge pieces of teak and their prows are engraved with mythical creatures, gilded in gold and intricately decorated with tiny shimmering pieces of glass. These beautiful hand carved vessels sail in perfect formation down the river from Khet Dusit to glittering Wat Arun, the Temple of Dawn.

The river is also the best place to celebrate the traditional New Year’s Eve celebrations when luxury five-star hotels stage impressive firework displays on the stroke of midnight. Special viewing areas are created for guests’ convenience as pyrotechnic displays light up the night sky from Taksin Bridge all the way down to the Asiatique entertainment complex. 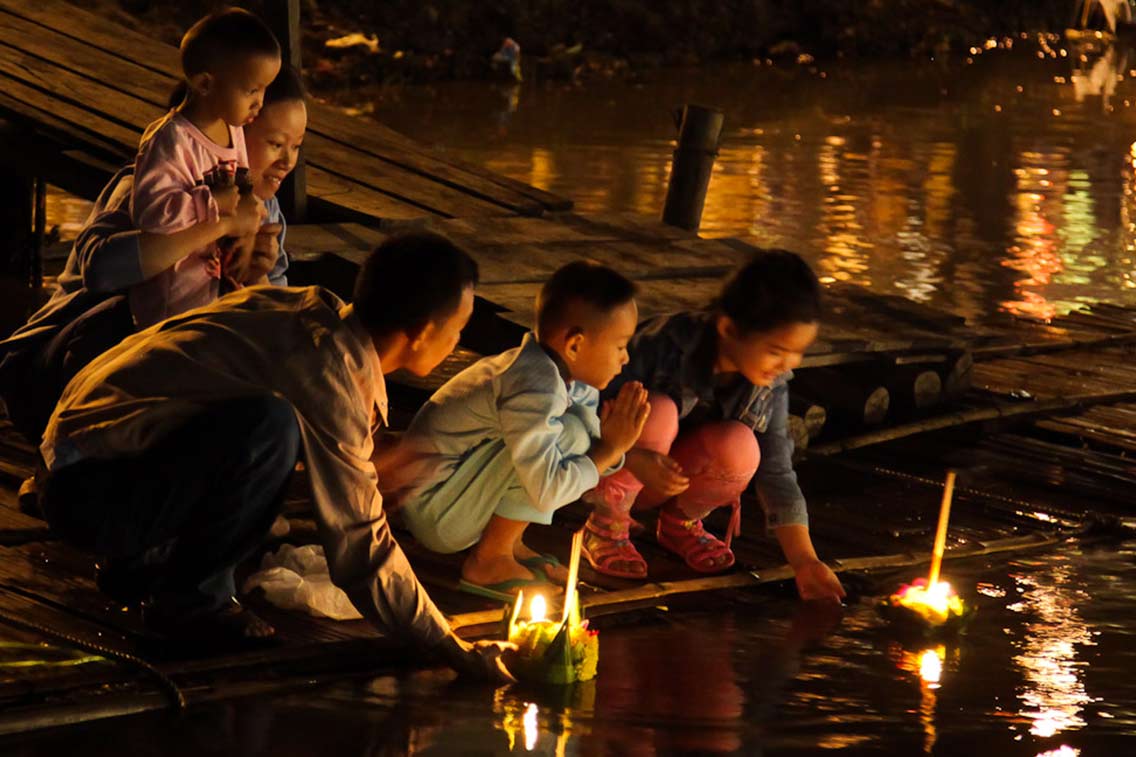