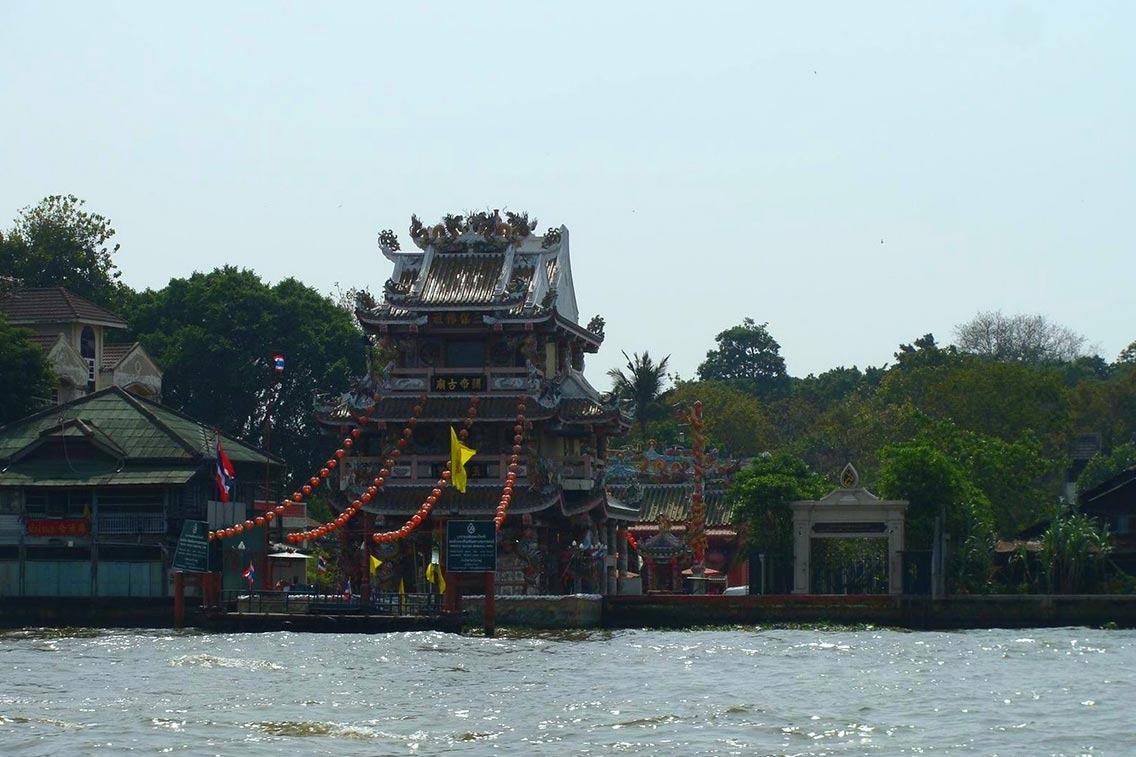 During the Ayutthaya period, Chinese foreign traders erected this shrine in respect to the famous Chinese General Guan Yu to serve as a god and protector of their community in Bangkok.

The general fought in civil wars in lands that predated the unification of China. He also played an important part in the classic Chinese historical novel “Romance of the Three Kingdoms” which is still read today and is the basis of many films and TV series. The shrine is located on the Thonburi bank of the river, just behind the Princess Mother Memorial Park and near the twin Memorial and Phra Pok Klao Bridges. The shrine is under a pagoda roof with a guard of dragons – a symbol of the emperor.