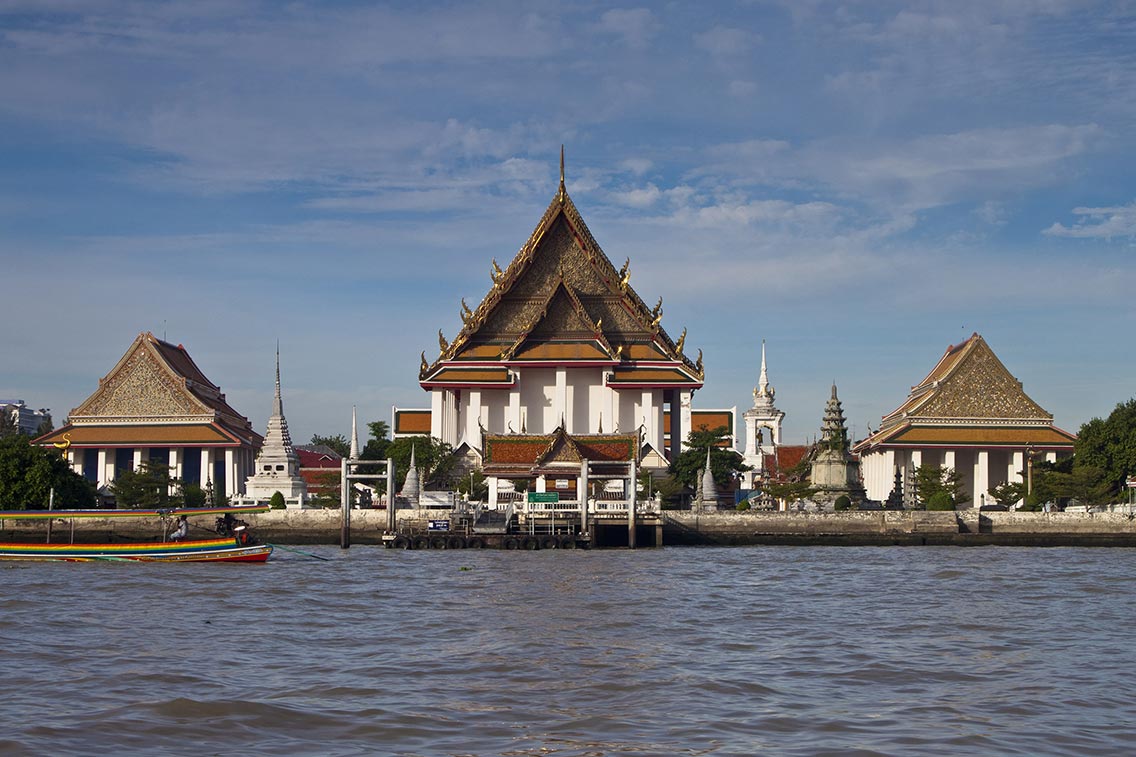 One of the nine most sacred temples in Bangkok, this temple was built between 1824 and 1851 during the reign of King Rama III.

It was financed by a rich Chinese nobleman and donated to the king who named it Wat Kanlayamit. The king commissioned a huge sitting Buddha image to be placed in a newly-built main hall and at 15 metres tall this is believed to be the largest indoor seated Buddha. The temple also includes the biggest bronze bell in the country. King Rama IV later added a library for religious scriptures. The Chinese played a central role in Bangkok’s economic and cultural growth throughout the 1800s and many ethnic Chinese continue to inhabit the old alleyways near this temple and this influence can be seen within this temple. Although the wat’s main wiharn is built in a traditional Thai style, neighbouring buildings such as the ubosot (ordination hall) feature distinctively Chinese architectural and decorative influences. More subtle touches of Chinese religious culture such as chubby Buddha images and the guardian spirits that resemble Chinese soldiers are evident throughout this temple.