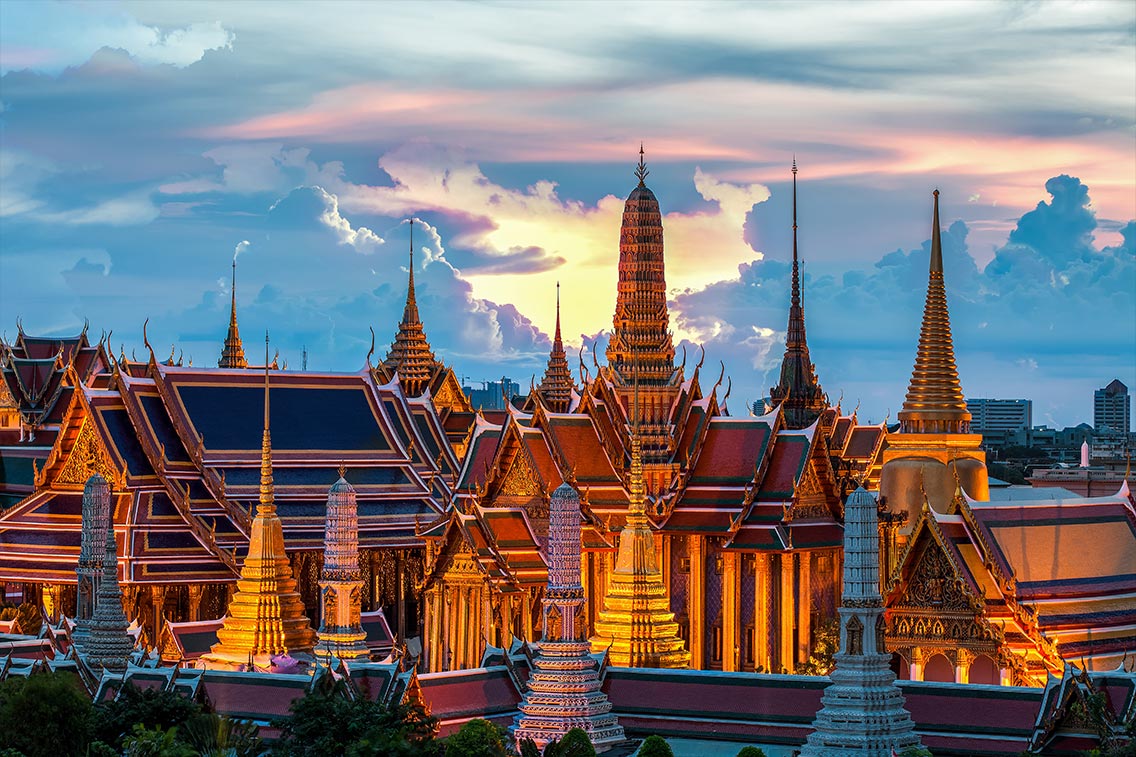 The country’s most important historical landmark; the Grand Palace covers an area of 218,400 sq-m and dates back to 1782.

It is home to the Temple of the Emerald Buddha, (Wat Phra Kaew) which contains the famed Emerald Buddha, the most important Buddhist image in Thailand. This dark green statue is carved from a single jade stone (emerald in Thai means a deep green colour and not the specific semiprecious stone). It is carved in a meditating posture and dates back 2,000 years. Except for the Thai King, no other person is allowed to touch it. For 150 years the wider Grand Palace complex was the home of Thai kings, the Royal Court and the administrative seat of government. Within its walls were also the Thai war ministry, state departments, and even the mint. Thai kings stopped residing in the palace around the turn of the twentieth century, but the palace complex is still used to mark all kinds of ceremonial and auspicious events and it remains the spiritual heart of the Thai Kingdom.