Wat Arun (The Temple of the Dawn) 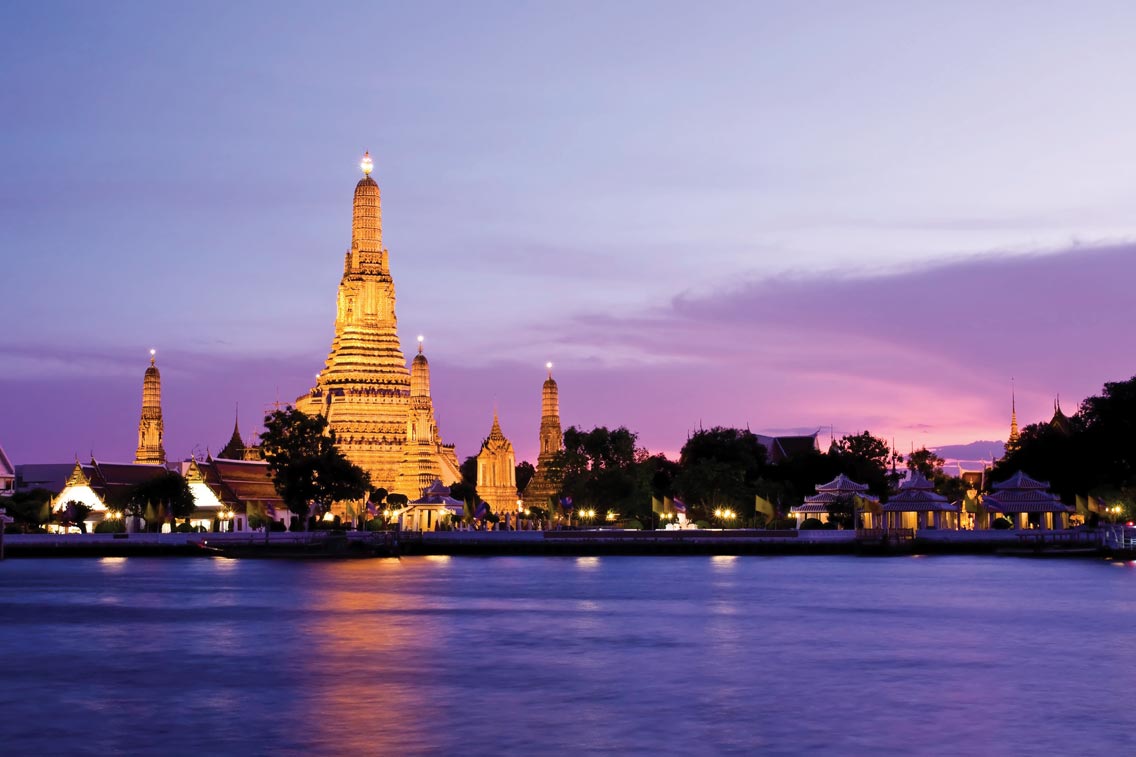 Wat Arun is one of the iconic images of Thailand and is so important that it is featured on the back of a 10-baht coin.

Initially a 17th century monastery, it later became a royal temple and is named after Aruna, the Indian God of Dawn. The temple is located inside King Taksin’s Wangderm Palace that previously housed the sacred Emerald Buddha which was moved to the Royal Grand Palace when Bangkok became the new capital. The 85-meter high prang – a Khmer-style tower – was once the tallest structure in Bangkok. The prang and its four satellites are decorated with tiny pieces of Chinese porcelain that glitter under the sun and even more impressively under illuminated spotlights at night. The best view of this imposing structure is from the deck of a cruise boat at night.