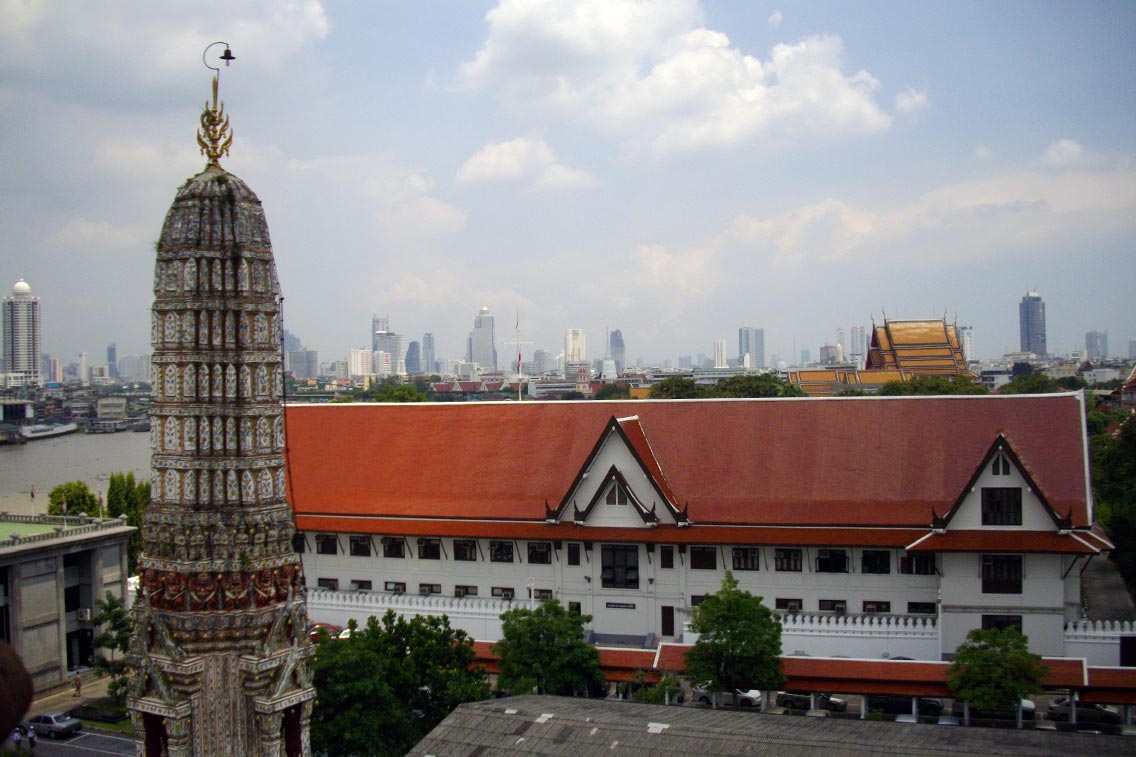 The Wangderm Palace of King Taksin was used during the short period when Thonburi was the capital of Thailand from 1768 to 1782.

In front of the gate stands a statue of King Taksin who was the only king of the Thonburi era. He has been recognized as one of the great Thai kings for his strength in warfare, his leadership in liberating the country after Ayutthaya was taken by the Burmese in 1767 and his ability to unify the country after it split up into many factions. King Taksin constructed Wangderm Palace specifically to mark the establishment of the new capital in Thonburi. This building is located on the west bank of the Chao Phraya near Wat Arun. It occupies a former site of great strategic importance, behind the Wichayen Fort and other fortifications that guarded access to the Kingdom of Siam’s main port. While recent occupants have added to the palace, many original buildings and features remain like the Throne Hall. This traditional Thai structure consists of an open-air pavilion used by former king to receive guests.