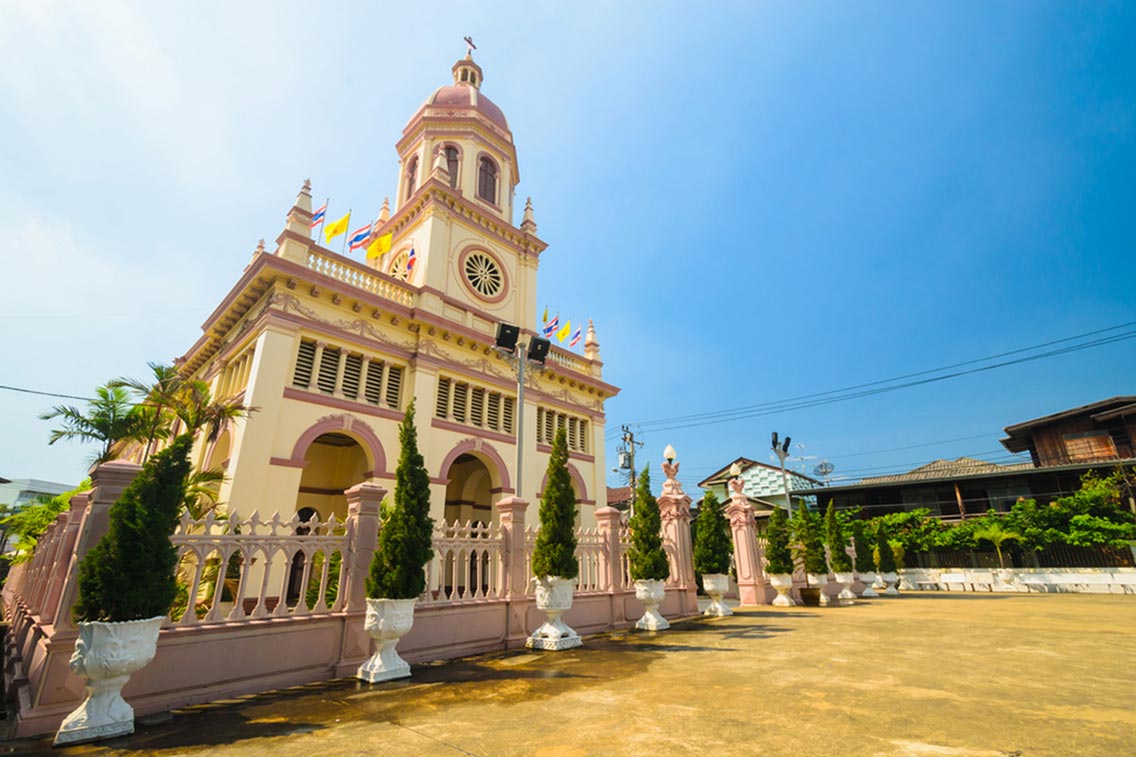 Bangkok is not just a city, but it is also a crossroads where people of different races, regions and religions have for centuries converged. Nowhere is this more evident than on the river.

The construction of a wooden catholic church for Portuguese settlers living in the area started in 1770 in the then new capital Thonburi on the western bank of the Chao Phraya. The temple was officially called Santa Cruz Church (Holy Cross Church) but popularly named Wat Khudi Chin after the predominantly Chinese area where it was built. The church has been rebuilt twice and the current building is about 100 years old. It was designed by Italian architect Annibale Rigotti who designed many buildings in Thailand during this era. The rectangular belfry is decorated with stucco and contains dozens of bells which are still chimed today on auspicious occasions. There are 14 sculptures depicting scenes from the life of Jesus and the walls are decorated with stained glass biblical images.