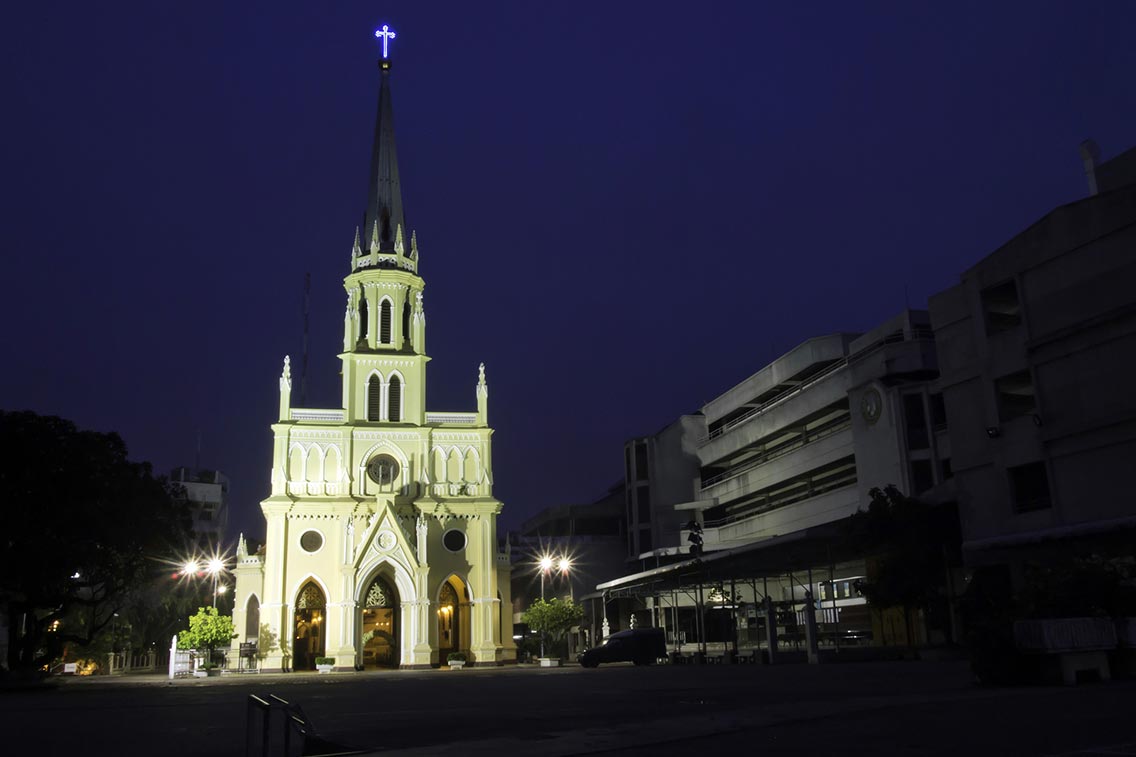 Portuguese traders have been in Thailand for over 500 years and they were the first westerners to settle in the former capital Ayutthaya.

The Portuguese built this Roman Catholic Church at the edge of Chinatown in 1786 – four years after Bangkok was established as the new capital. While originally built on the banks of the Chao Phraya following a royal land grant, the Portuguese Catholic church seen today is the result of extensive rebuilding work between 1891 and 1898. This restoration resulted in the Neo-Gothic style, an impressive statue of the Virgin Mary, a towering central spire, curving gilded stucco ceilings and superb stained glass windows that depict stories from the Old and New Testament.