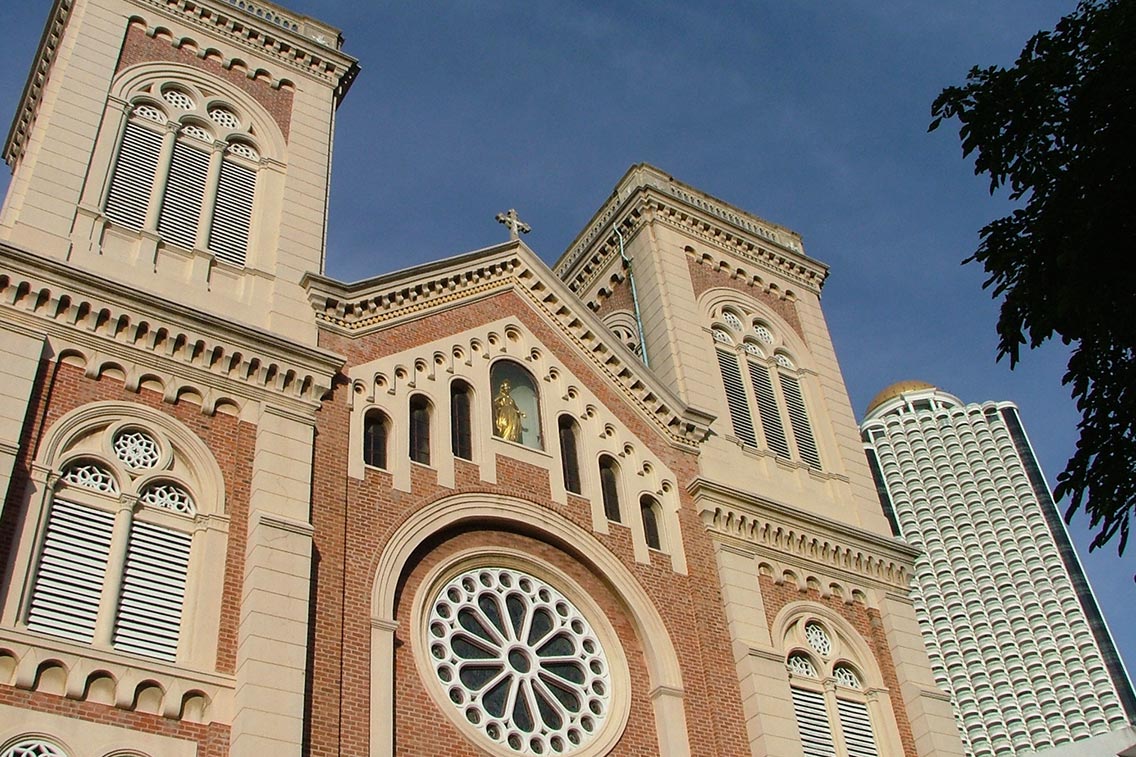 Located in Bangrak district, the Assumption Cathedral is the capital city’s principal Roman Catholic cathedral and the main church of the Archdiocese of Bangkok.

It was constructed between 1910 and 1918 to replace an earlier place of worship on the same spot and repaired after sustaining severe damage during the Second World War. It has even received papal acknowledgment as Pope John Paul II visited the church during his trip to Thailand in 1984. The cathedral boasts an impressive almost luminescent red brick facade that contrasts with the surrounding structures. The beautiful interior is classic Romanesque with looming ceilings covered in rich rococo and stained glass. Murals on the walls of the nave depict biblical scenes. This is an impressive place to attend Sunday mass.