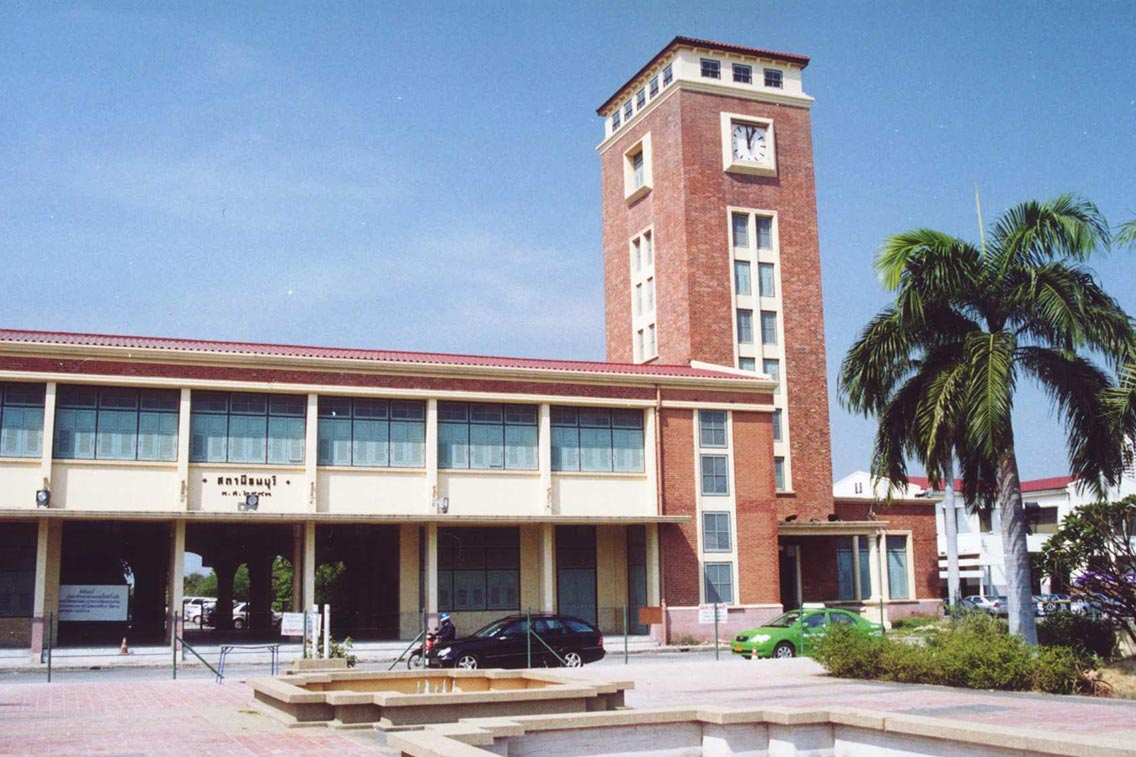 Thonburi station was the terminus of the southern line on Thailand’s national rail network from 1903 to 1999. It has a rich wartime history as Japanese troops used it as a strategic base during the Second World War.

It is also famous for its connection to Kanchanaburi province where Japanese forces used prisoners-of-war and forced labour to build the infamous “Death Railway” – a link created to supply their troops in Burma during the war. The station was one of many targets bombed by Allied Forces, but it was rebuilt after the end of the conflict in the same style. The station and its surrounding areas have been redeveloped into a park and parking areas for the adjacent Siriraj Hospital. A new station – known as the new Thonburi Station – has been built 900 metres from the original station to replace it as the southern line terminus.