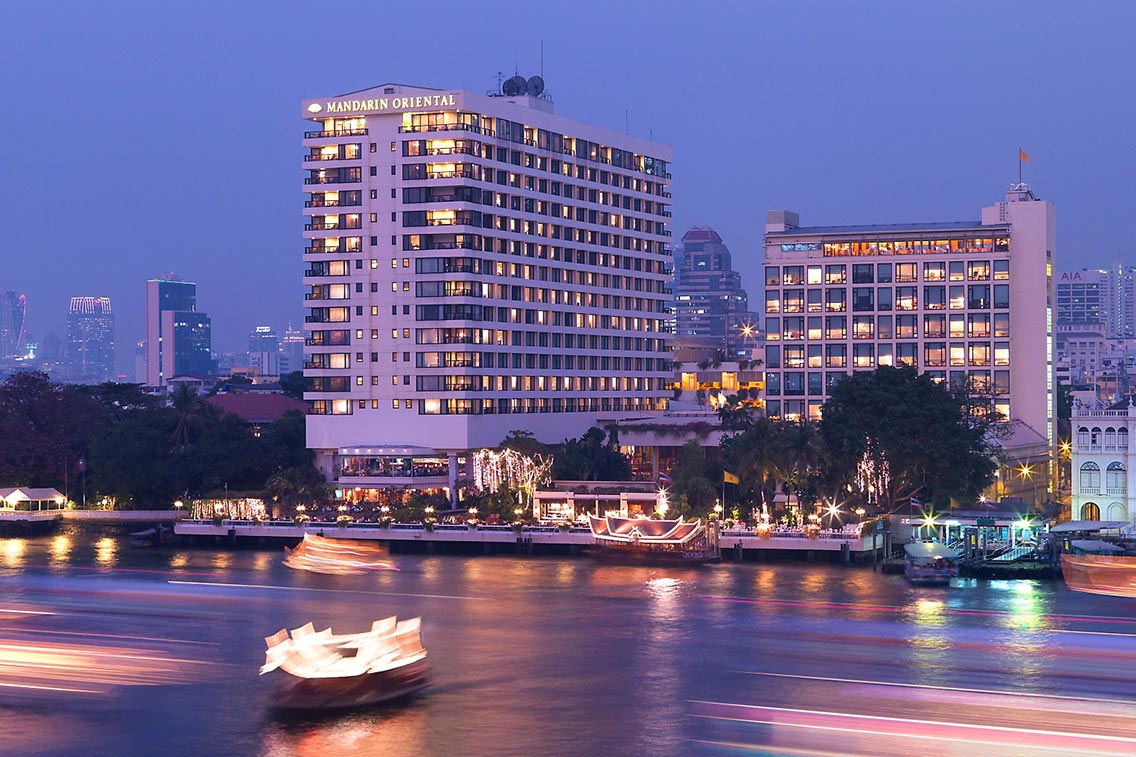 The first luxury hotel in Thailand, the Oriental – as it was originally known – was established shortly after the signing of the Bowring Treaty, a free-trade agreement between Britain and Thailand, to house the increasing number of British traders and seamen coming to the kingdom.

The hotel’s reputation grew rapidly and it gained royal approval in 1890 when King Chulalongkorn decided the hotel was up to the standard necessary to host visiting royalty. The hotel’s first royal guests were the entourage of Crown Prince Nicholas of Russia (later Tsar Nicholas) in April 1891. It has been accommodating royal guests, celebrities and heads of state for decades, but it is most famous for writers such as Graham Greene, Joseph Conrad and W. Somerset Maugham who stayed during their regular visits to Thailand. Visitors can enjoy afternoon tea in the Author’s Lounge which lists the most famous writers who have visited this grand dame of Bangkok’s hotels.