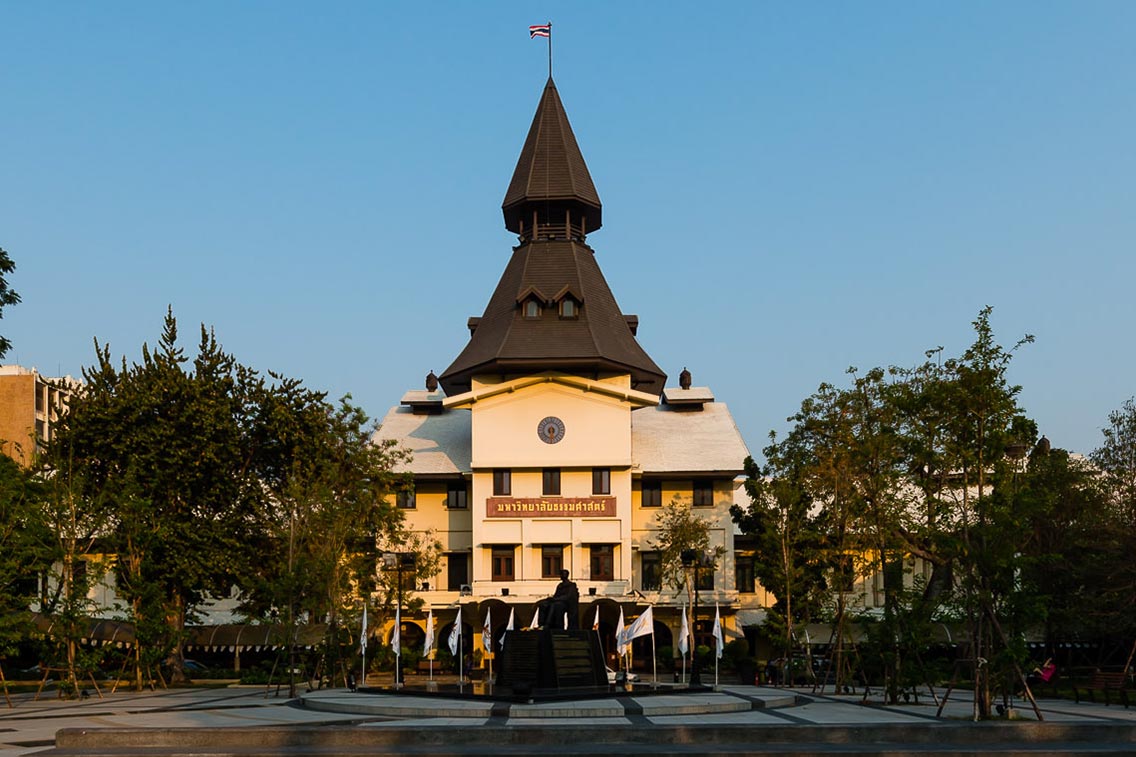 The second oldest university in the country, Thammasat was founded in 1934 as the University of Moral Science and Politics.

It was specifically created with the goal of making education available to all Thais. Since this early beginning, it has expanded to various disciplines in response to social needs and to promote research and development. It has always been politically and socially active and was the stage for both the 1973 Uprising and the 1976 Massacre. Many of its graduates have played prominent roles in shaping modern Thailand, including prime ministers, court judges, politicians and prominent social thinkers. Near the southern entrance of the university is the Bodhi Court. This has signage beneath a Bodhi tree which explains about the democracy movement that originated at this prestigious educational institution.