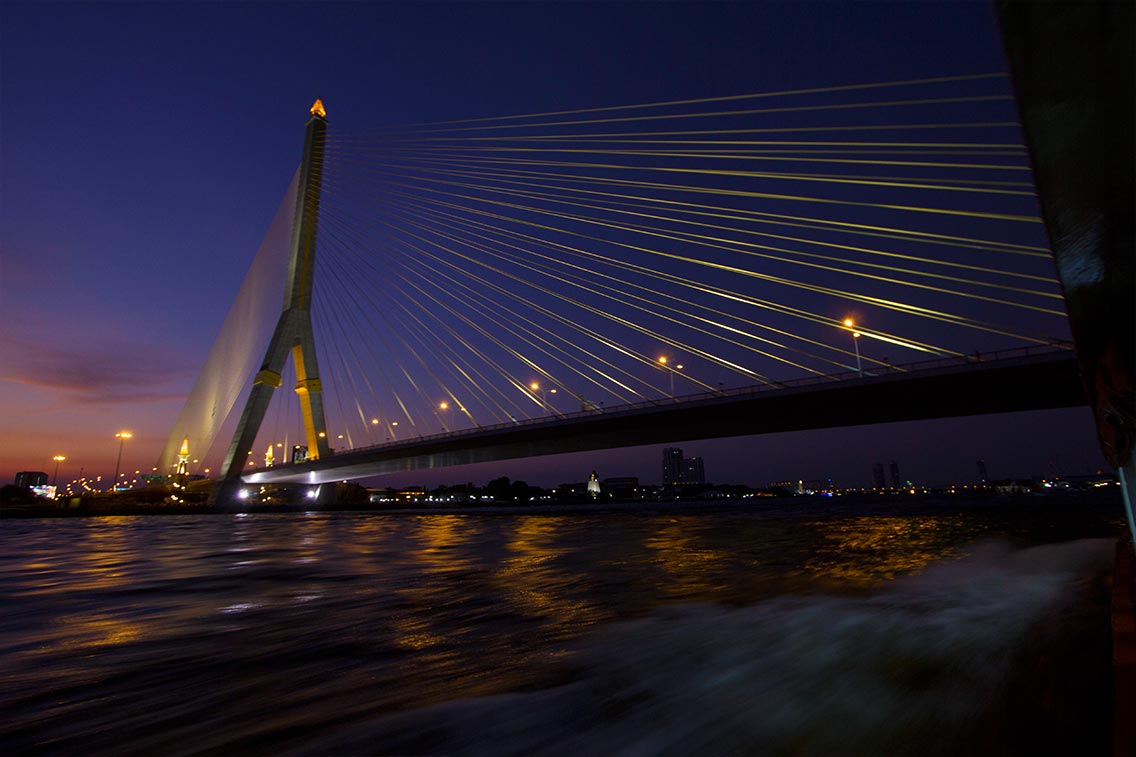 Travelling from north to south along the river the first landmark attraction boat passengers will see is the Rama XIII Bridge.

This is a showpiece of modern architecture in Bangkok and it is named after King Ananda – the eighth king of the Chakri Dynasty – who died in 1946. The bridge was opened on 7 May 2002 and inaugurated on 20 September, the birth anniversary of the late king. The 475-metres long gold-painted cable-stayed span bridge has been engineered with 84 cables supporting a single tower. The bridge’s architectural elements include lotus motifs, whicAthe pedestrian railings, as well as references to King Ananda. The bases of the tower are enclosed in octagonal enclosures resembling the feet of an elephant. It is especially impressive at night when the entire structure is illuminated.