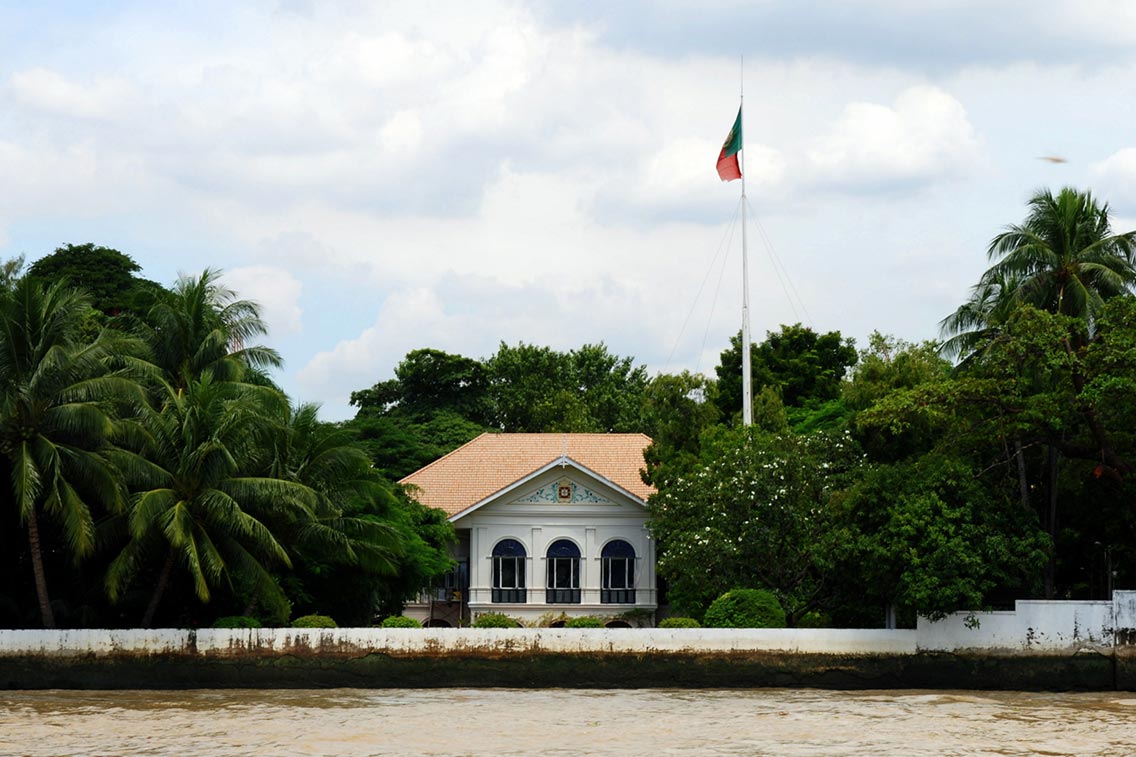 The Portuguese were the first Europeans to make Thailand their home in large numbers and consequently the Portuguese Embassy was the first foreign mission in the capital.

The Portuguese developed the first formal ties with Siam and the plot of land on which the current building stands was granted by King Rama II in 1820 in recognition of this. The current structure was built around 50 years later, after the original stuccoed bamboo and associated features deteriorated. The best view of this building and its lush gardens is from the deck of a cruise boat.